The world’s climate goals are not sufficient. They are also unlikely to be met

Governments’ wholehearted support for the fossil-fuel industry is to blame 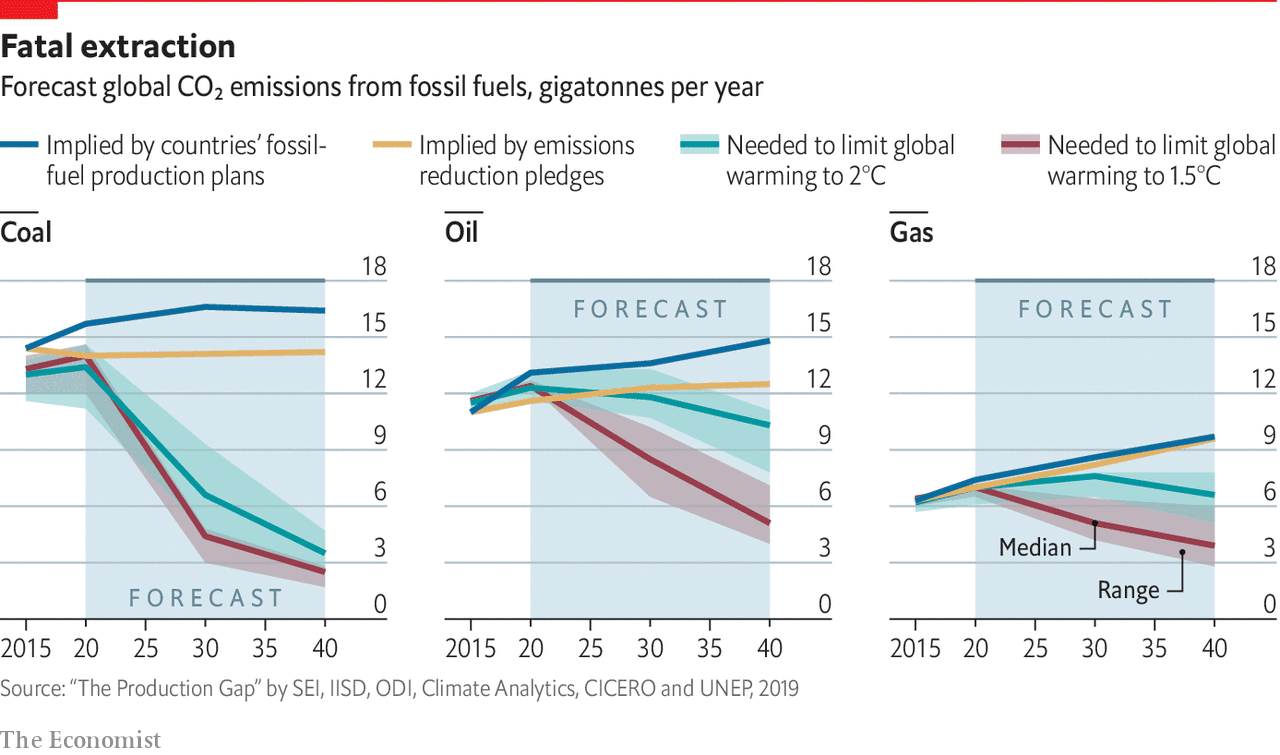 AT THE PARIS climate summit in 2015, 188 countries voluntarily committed themselves to plans to curb their greenhouse-gas emissions. Taken together, these pledges—known as “nationally determined contributions” or NDCs—fall well short of what is needed to achieve another part of the Paris agreement which aims to limit the rise in global temperatures to “well below” 2°C, compared with pre-industrial levels, by the end of the century.

However, a report published on November 20th by the United Nations Environment Programme and other research organisations finds that even these unambitious targets will probably be missed. The researchers arrive at this conclusion by combining the production plans of the eight biggest fossil-fuel-producing countries, which collectively cover 60% of global output, and applying conservative growth rates to the remainder of global production over the next 20 years.

A Water Reuse regulation, approved by the EU Parliament,