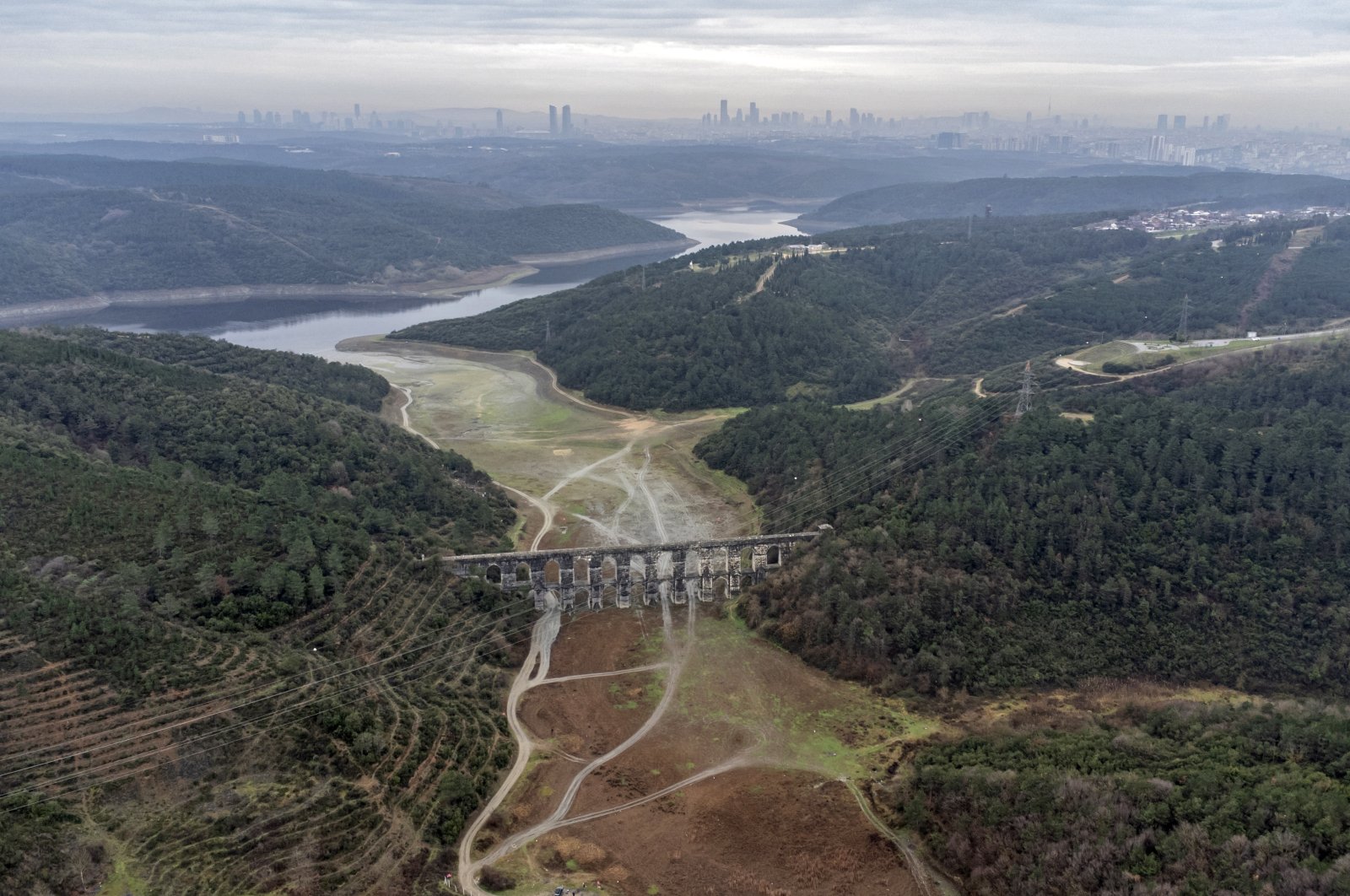 Wastewater treated in accordance with standards can be used to feed groundwater as a guaranteed and sustainable source amid alarming water scarcity.

Sustainability is essential for Türkiye's water resources as the country is located in the Mediterranean region. The wastage of water has been the primary concern for authorities in the country embattled by drought for the past several years.

Amid the global climate crisis and the looming drought fears, the importance of water conservation is garnering more attention. The Istanbul Water and Sewerage Administration (ISKI) called for water conservation because of the drought and climate crisis. The drought threats made it necessary to change the water usage habits in Türkiye as well as in the entire world, read the statement issued by ISKI.

People unknowingly waste water in their daily routines. Surveys have highlighted that prolonged baths, dishwashing or even a broken faucet cause a lot of water wastage. If the tap is left open while our washing hands, 75% of the water is wasted. Studies reveal that 18 tons of water can be saved per year by shortening showers by one minute.

"Notably, we use 70% of domestic water in toilets and bathrooms. Monitoring the water footprint significantly reduces water consumption. For example, 3,100 liters of water are used for 200 grams of red meat. This figure is 2,720 liters for a cotton t-shirt. For an A4 piece of paper that we use unnecessarily, 10 liters of water is wasted."

Speaking to Daily Sabah, Ege University's dean of the Faculty of Fisheries, Ugur Sunlu, said: "We should avoid unconscious water consumption and focus on saving. The country has achieved developments that can yield positive results for water conservation."

“Especially in metropolitan cities, the efficient use of water is of great importance. For this reason, we need to limit the amount of water we use in our daily lives. Municipalities should also reduce the loss and leakage rate in sewerage systems. Projects are gradually being developed in our country regarding the collection of rainwater. We can use the water for garden irrigation or in toilets if possible,” he explained.

While the use of clean water for domestic and industrial purposes brings us closer to the water crisis, Sunlu noted we don't have enough water to be wasted for such purposes. Since the current water budget in our country is quite limited, we need to increase the use of grey water. "We do not use first-class drinking water in industries," he emphasized.

Emphasizing the importance of using water resources efficiently he said: "We are on the edge of experiencing the risk of water shortages in the next couple of years, especially in big cities such as Istanbul, Ankara and Izmir. If we did not plan water management in time, we will endanger human health. We have to be careful about using existing resources efficiently, as well as using alternative water resources."

Meanwhile, Dursun Yildiz, the head of the Water Policies Association, highlighted that the precipitation that has been below normal due to the climate crisis in recent years has led us to a hydrological drought.

“Autumn precipitation for the last three years has been below the normal rainfall for many years. Most recently, precipitation was 41% lower than normal in the months of October, November and December. January is also a dry month right now. Therefore, the prolonged meteorological drought has turned into a hydrological drought. The occupancy rates of dams have decreased in Türkiye and especially in Istanbul. Istanbul is a city where approximately 3 million cubic meters of water are supplied daily. The drinking water storage capacity in Istanbul is less than other metropolitan cities,” Yildiz noted.

The precipitation decreased by 51.8% in Istanbul. The decrease in the water in the dams and the lack of water savings are pushing the city toward a crisis, according to the statements of the General Directorate of Meteorology.

“If Istanbul goes dry in the upcoming period, water scarcity will begin toward the summer on the European side. In addition, this dry period placed a great economic burden on Istanbul's water supply security. For these reasons, ISKI is sounding the alarm to save water. Climatologists estimate that February, March and April, precipitation will be below normal with a 60% probability. In this case, agricultural drought begins and the summer months become very difficult. There is a risk that this drought will turn into a severe drought in Thrace, the central Aegean region, central Anatolia and southeastern Anatolia, especially in the Marmara region," Yildiz explained.

"Treated wastewater in line with standards can be used to feed groundwater as a guaranteed and sustainable water source, where water scarcity is increasing day by day. The clean water resources that people use are decreasing for various reasons. This puts life in danger."

“While the water management of the cities primarily reduces the loss and leakage rate in the networks, the water apparatus in residences should be replaced with a more efficient versions. Sectors that use excessive water should be controlled, and parks and gardens should be irrigated with treated wastewater possible.”

Saying that he foresees the drought continuing for the long term, Yildiz called on consumers and managers to create awareness about the conservation of water.

“It seems that our country will experience these dry periods more frequently. We have to create an awareness of water usage and manage water well. The authorities should review their management and consumers should be heedful of their water usage habits.”

Why a “water-energy-food-ecosystems” nexus approach to foster transboundary cooperation?