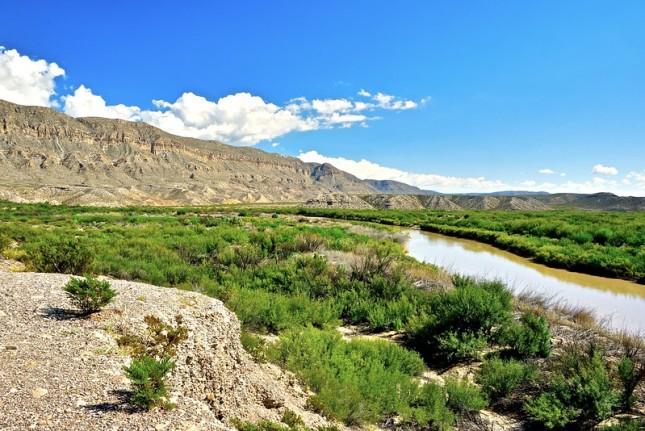 International political boundaries are arbitrary creations. Today’s borders are better described as imaginary lines on maps, rather than hard barriers between states. Often using mountains, rivers, or other geographical landmarks, modern borders are entrenched in historic tradition rather than logic and fact. As a result, today’s international borders are poorly equipped to handle modern challenges, in particular climate change, which has already begun to threaten the most important state resource, fresh water.

Despite the numerous economic, political, and social impacts the disappearance of water will have on the world, few states have worked to ensure that their water resources will survive in the coming century. Basins across the world are already beginning to feel the effects of climate change, as reflected in the drastic changes in the Aral Sea, the heightening conflicts along the Ganges River, and the agricultural issues in the Rio Grande river basin. In all three of these cases, the people who live in these basins have suffered as a result of the disappearance of water and its subsequent impact on their economy. In part, these issues are perpetuated at both the international and domestic level by lack of state interest. Current borders are drawn in ways that value cultural and imperial interests, leading to states’ not aligning their national security with ecological reality.

Borders along rivers pose a particular challenge. While rivers serve as distinct geographic markers for borders, they pose challenges for international ecological governance by splitting the basin between states. This leads to quarrels over water, most recently seen in the struggles surrounding water maintenance in the Ganges, with Indian officials allegedly violating a bilateral water treaty with Bangladesh and diverting large amounts of water to the Indian side of the border.

But what if states and basins were the same?  In other words, why not move international political borders to match river basin boundaries, creating a new world map in the process?

While domestic and international water policy has provided a respectable track record in managing water-related disputes, the projected decline of water quantity and quality in the coming century calls for radical new thinking. In order to ensure the survival of water resources in the next 100 years, we propose a large and definitive solution: redraw international political borders to conform with current hydrological basin boundaries. The creation of new basin-states would be extreme but effective, as all water resource decisions would be made by a state-level government whose national interest lies in preserving the river basin’s health and productivity.

Powering agriculture, industry, public health, and day-to-day well-being, water is essential for every state’s existence. Currently, states face off in a “tragedy of the commons” scenario, attempting to maximize their share of water and other hydrological resources at the cost of the basin’s environmental well-being. For example, states that border Lake Victoria have used military force to dissuade fishermen from crossing international borders. If state boundaries and basin boundaries were the same, it would be in basin-states’ national security and economic interest to prioritize their primary ecological resource. We predict this would result in both domestic policies that work to preserve the river for ecological and economic uses, and international policies that would reduce tension over water resources. The creation of new basin-states would eliminate the current tragedy of the commons scenario, as well as improve both individual well-being and conservation efforts.

A successful implementation of basin-states would need to culminate in a hydro-nationalist movement, with the new state’s citizens holding their basin’s river above all other national interests, to the point where it would become the identity of the nation. It is vital that the people of the basin see the value in their river and work to protect it. Redefining the new state’s identity through the river would ideally smooth the transition into basin-states by providing a unifying cultural force that would potentially supersede former regional tensions. This shift could be a difficult pitch for many individuals, with each basin-state needing to examine how to convince its occupants to become citizens of the basin.

It is important to acknowledge the full effects this change could have, not only from an environmental perspective, but from a security standpoint. By shifting state boundaries to guarantee water resources to one state only, international tensions such as those seen around Lake Victoria could be significantly reduced. In order to better understand this, we propose the concept of a “hydrological peace theory.” Similar to democratic peace theory, hydrological peace theory would explore the principle that basin-states would have no reason to go to war against one another over water resources. If states redrew their borders to align with river basin boundaries, basins would no longer be divided between states, eliminating international conflicts over water resources. In a greater scope, the emphasis on hydrological peace would further open up the chance for interstate dialogues on the topic of environmental protection by expanding complex interdependence between states.

Granted, the basin state model would not be a perfect solution around the world (the Ganges-Brahmaputra basin in particular provides multiple economic, cultural, and environmental challenges), but there are multiple basins where we feel that the creation of basin-states would result in a net ecological and economic benefit to its citizens. In order to better showcase a “best case” solution, we have chosen to illustrate our idea with an examination of the Rio Grande basin. 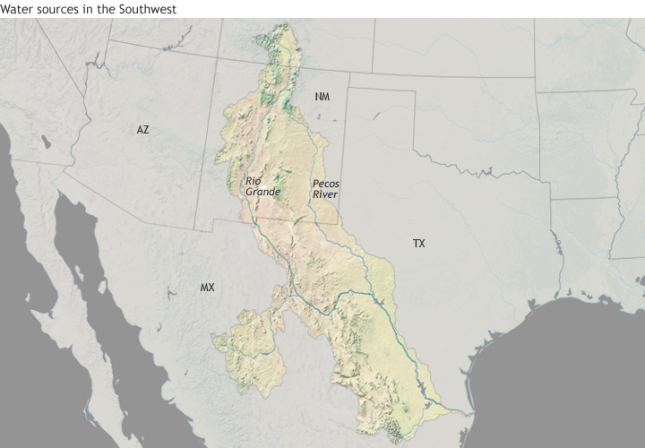 Radical new problems call for radical new thinking. By abandoning current international political borders and redrawing them to match river basin boundaries, states will, we hope, realize that the conservation of water is paramount for their survival and adjust their national interests accordingly. As climate change increasingly exerts pressure on international politics, the creation of hydrological basin-states not only increases the well-being of individuals, but the national security of states and the stability of the international order.

Zachary Q. McCarty is a junior at St. Olaf College majoring in economics and political science.

Elizabeth L. Chalecki is an assistant professor of international relations at the University of Nebraska – Omaha.

Water reuse could be key for future of hydraulic fracturing

Is Water the Hidden Agenda of Agricultural Land Acquisition in sub-Saharan Africa?

How climate change will impact the European water sector ?